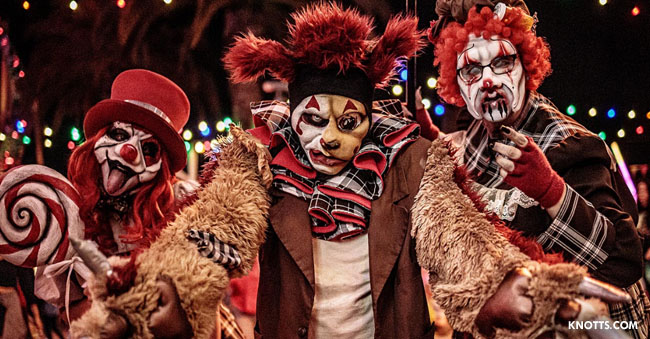 Don't miss another season of frights and delights at Southern California's first and largest Halloween event.

We are an authorized ticket seller. Buy Knott's  Scary Farm tickets at the same great prices.

Knott's has a new chaperone policy for 2022, the result of fights that broke out at the park among teens during the summer. Ages 17 years & younger must be accompanied by a chaperone who is at least 21 years old to be admitted to the park.

Knott's Scary Farm is the largest and most haunting Halloween experience in Southern California, with unimaginable scares. Haunted mazes, sinister shows and more than 1,000 creatures lurk in the fog and hide in every corner of the park.