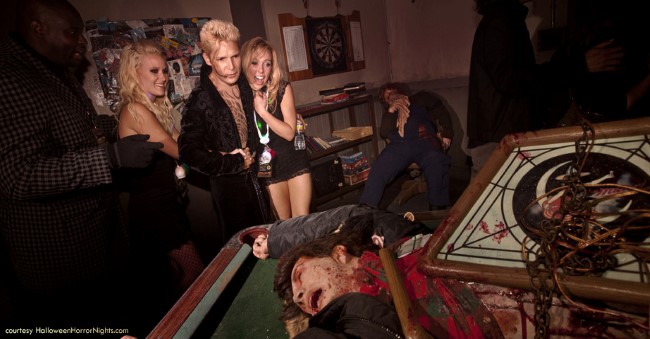 Corey Feldman, an actor who began his career at the age of 3 appearing in an award winning McDonald’s commercial, recently relinquished his role as the Emcee and host of the annual Halloween Horror Nights Eyegore Awards, but that didn’t stop him from showing up and enjoying the ceremony and unveiling of the new season of this popular themed attraction. Feldman, who has appeared in over 40 films by the age of 40, and has worked as an actor in five during 2011, enjoys the sci-fi genre and has played many roles in such movies.

Halloween Horror Nights attraction is one of the most popular events in California to celebrate Halloween. It runs Friday – Sunday nights with the final night on Monday, October 31, 2011. Cost is around $40 on discount nights and you can upgrade to VIP experiences. Buy tickets at halloweenhorrornights.com