Let’s All Have A Holiday Parade, California Style! 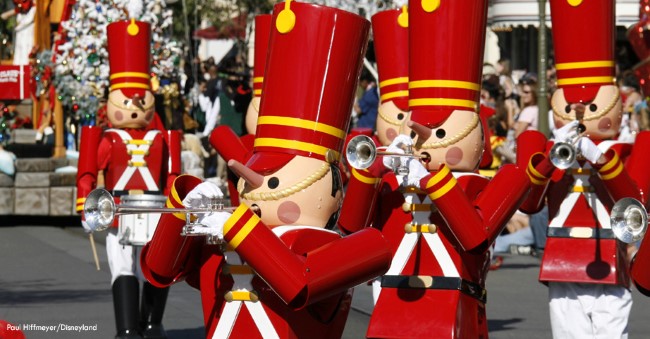 California loves its parades. The biggest parade season that possibly eclipses 4th of July and Halloween is Christmas when nearly every town and city in California has a parade to roll out Santa Claus a winter festival, often with activities for kids and shopping for adults. Though these winter parades tend to be small and sometimes informal, our survey reveals that there are more such parade events held in cities throughout California than any other season.

The parades usually include high school marching bands, drill teams, a few lighted floats and Santa riding on a fire engine, in a horse drawn carriage, or on top of a sleigh in a float such as you’ll see in Oxnard most years. Cities such as Calexico north of the Mexican border face challenges when the parade planning group dissolves yet attendance is around 5,000 people or more! This year Calexico is keeping its parade going with the help of the Chamber of Commerce and several other organizations all pitching in.

If you love a parade, Disneyland hosts a parade nearly every day of the year so you can get your parade fix in Anaheim if necessary. During the holidays, the parade themes change, usually reflecting the latest trends and movie releases from Disney Studios. Shown in the photos are Toy Soldiers marching down Main Street USA at Disneyland this season.

Another parade that’s smaller very home-town oriented takes to the streets of Buena Park’s Knott’s Berry Farm theme park between Christmas and Thanksgiving. Though it lacks the splash of a Disney production, it delights kids, and when you see their smiles, you know that the parade isn’t all about glamour and glitz but the smile on a child’s face.

During the Christmas holiday season, the parades in California feature more kids on average than any other types of parades. If you attend one of these events, expect to see ample servings of small town Americana, something that California doesn’t promote but really is the essence of living in Paradise!