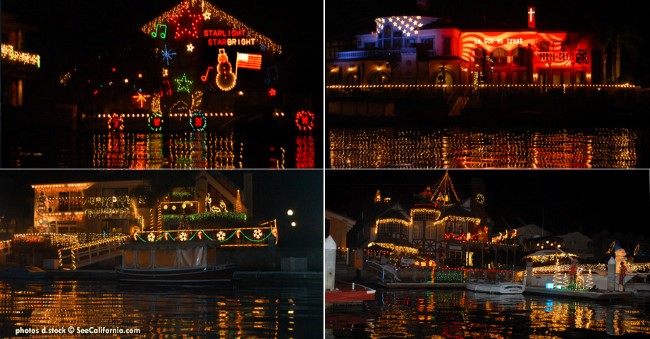 One of the greatest holiday traditions most of us enjoy this time of year is getting in our car, piling in some family or friends, and driving around, looking at the holiday lights. An economist on Nightly Business Report said recently that the amount of house decorations reflects how the economy is doing and the past several years have shown that it’s not doing as well as usual, as light displays have been sparse, according to this expert.

Generally, that summary rings true, as we’ve noticed less houses putting up the lights, and in some of the boat parades where you can ride around the waterways and look at homes, there have been more dark spots without lighting at all. In a suburb of Sacramento, one home owner and his friends several years ago began creating a lavish display timed by computers much as you’ll see at the Bellagio where the water fountains and lights dance to music through sophisticated electronics. I contacted the Sacramento home-owner and asked him what happened to his event. He said the neighbors forced him to shut it down, not wanting the traffic on their street, even though the light display also collected contributions of canned food and clothing in boxes for a local non-profit organization.

I am noticing less lights again this year, but with a car, you can cover lots of territory and really spot the shining stars in your neighborhood. It doesn’t matter if you drive around middle class neighborhoods or exclusive, non-gated communities with mansions. The amount of light displays seems spread across the board.

Photo Tip: Stop your car, turn off the engine and get out to take photos of great home displays. Use the roof of your car as a tripod–set you camera on its flat car surface and point toward the light decorations. Hold as still as you can when pushing the button. Because the scene is so dark, your photos are subject to camera motion. In general, use of some solid, non-moving object as a tripod will improve your image quality!