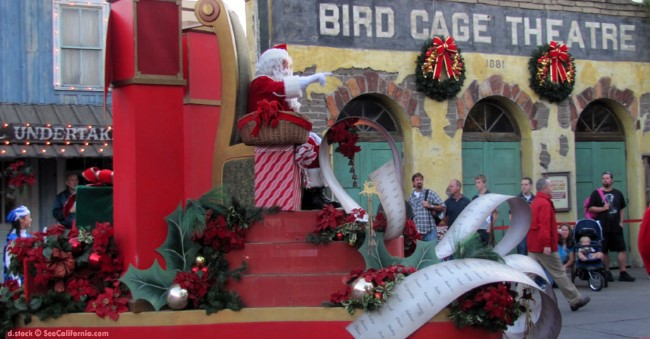 Like the cloned Dolly the sheep, are thousands of Santas running around today lighting up holiday trees, riding in parades and meeting good girls and boys, really Santa, or are they clones? How does the child’s mind rectify the situation? But better yet, how does the adult figure out what to say and how to explain the Santa situation to a kid?

Santa’s “helpers” are everywhere–thousands of them! This is the time of year in which an extra income is earned playing Santa, and men aren’t the only ones doing it. I spoke with a woman yesterday who owns a catering business and also plays Santa before Christmas to help pay the bills (she’s tall and solidly built–not frail at all). She can earn several thousand dollars in cash by visiting houses for 15 to 60 minutes at a time, collecting fees ranging around $40 to $100 at each stop!

Santa is a low-tech concept. He’s a human being who never seems to get a haircut or shave. He’s also overweight. His whole goal in life it to make toys and give them to kids who are good. He supposedly monitors children throughout the year, keeping tabs on their behavior, then asking when he meets the kids if they have been good. He miraculously keeps tab and places toys under indoor holiday trees of good girls & boys during a 24 hour time period around the globe wherever Christmas is celebrated. What a miracle worker!

How can he afford the endless supply of materials, technological know-how, and employment of millions of elves? How does his magic sleigh fly through the sky? And how can he chat with all the girls and boys when he should be at the North Pole working?

As adults, we’ve got the situation covered, right? Many of us were told about Santa and took the story hook, line & sinker as children. Others never figured it out or didn’t really care if it made sense considering lots of gifts were at stake. Santa is the part of life and seasons that take us out of our nuts & bolts world. We put on costumes and pretend we’re someone else at Halloween. We play Santa at Christmas by perpetuating this fictional story and buying lots of toys, then placing them under our own tree. In the spring we convince our children there’s really a bunny who brings candy, toys, and hides eggs.

The psychological pressure Santa concept puts on adults to supply large sums of toys to their families during tough economic times, and the public to donate toys to children who might not otherwise receive them at Christmas, causes many parents and providers to become depressed rather than happy. Don’t let it get to you! Make up for the lack of money by providing huge quantities of love to your children. Give them stories, hugs, and outings filled with meaning. That’s the best gift of all.