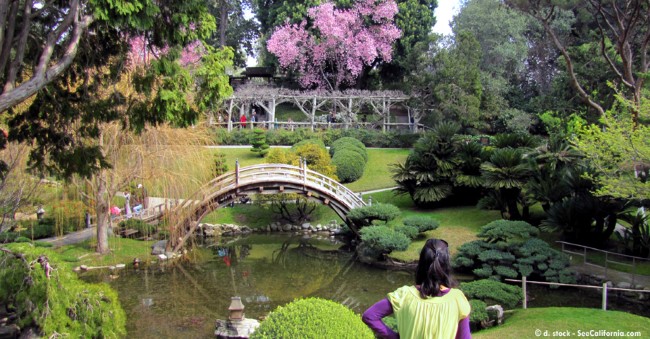 The only three Japantowns in the U.S. are located in California (San Francisco, San Jose and Los Angeles,) so it only makes sense that Japanese culture and design would be a somewhat prominent force in the local landscapes of the state that has the largest Japanese population in the nation.

Japanese Tea Gardens in California offer great places to visit, reflect and enjoy the landscapes. Among the graceful Japanese gardens open to the public, tea gardens are quite popular, though not located at every Japanese garden space. The tea ceremony that includes many important ceremonial elements such as a stone path leading to the tea house, can be found in places such as Golden Gate Park in San Francisco and Balboa Park in San Diego. Japanese Gardens exist throughout the state but seem to do best in cities no more than 50-100 miles from the coast.

Some Japanese Gardens you can visit in California: