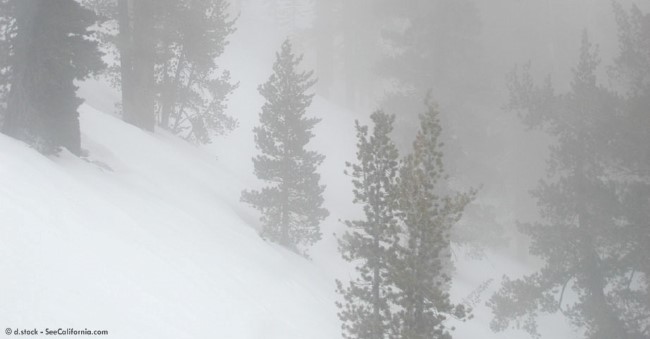 Snow is falling during the last weekend in March 2011 in South Lake Tahoe, though it is supposed to let up as the work week begins. Mother Nature brought a beautiful white blanket to the Sierra mountain city on the California/Nevada border near Stateline, NV.

For those who haven't visited South Lake Tahoe, they call it "Blue" and normally it is. There's a beautiful blue lake you can see both in the summer and winter-except when the snowfall disguises it in white. The gondolas are running skiers to the top of Heavenly ski resort and this fresh coat of powder makes for some fine skiing if you have the time for a spring break.

Otherwise, the rest of the state is receiving above average rainfall amounts mixed with lots of sunshine, blue skies, and spring flowers such as daffodils, California poppies and the Carlsbad ranunculus. The desert flower watch has noted some remarkable blooms this year, 2011!