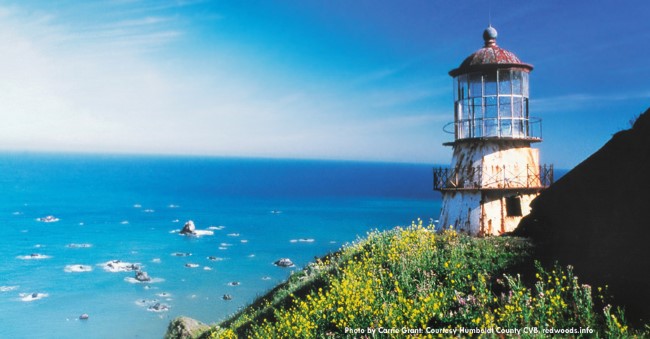 One of the most interesting timepieces to California's settlement and rapid growth into the 20th century came via the sea. The rugged, rocky shores of California were treacherous to those who lost their ships and sometimes their lives, unable to predict rock formations in the waters ahead.

The Punta Gorda Lighthouse 12 miles south of Cape Mendocino was considered the Alcatraz of California lighthouses, due to its isolated, windy location not near much of anything-but the land and sea.

The advent of lighthouses and light stations made California a friendlier destination and the best mode for transporting goods until the intercontinental railroad system finally connected the East and West Coasts. Like so many inventions, even the lighthouses have become obsolete, thanks to satellites and GPS. However, fans of history have sought to document and preserve some of the icons of the early days of California.