Renaissance Faires Throughout the Year in California 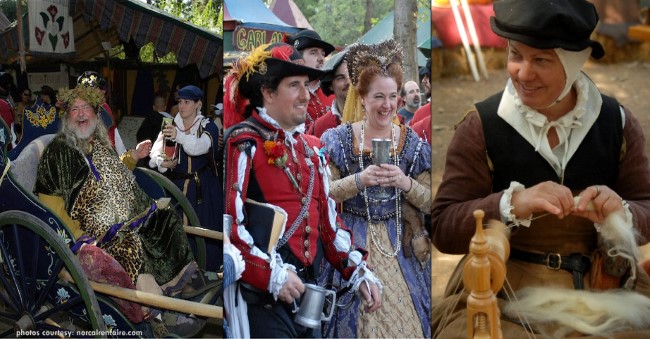 California Renaissance fairs and festivals can be traced at least to the early 1960s when it became an popular annual event in the Los Angeles area. Through time and throughout California cities and groups have adopted the Renaissance fair as school and community fundraisers, tourism draws, and private enterprises for commercial opportunities and entertainment.

Today there are around 50 Renaissance festivals and fairs held in California throughout the year. Some last a day or weekend, and others span several weekends similar to Oktoberfest celebrations. If you have never attended a Renaissance faire, the opportunities for picture taking are tremendous, and the costumes are fabulous. Men, women and children all look amazing with their ornate costumes, hats, jewelry and acts. It's a must-see California event, dude!

While the Renaissance era dates back to the Italian Renaissance of the 14th to the 17th century, as a cultural movement, it swept across Europe and the name we use today is derived from the French word describing a time where literature, science, art, religion, and politics, all transformed, partially due to advances in printing. Viewed as a bridge between the Middle Ages and the Modern era, visionary talents Leonardo da Vinci and Michelangelo inspired the term "Renaissance man", and the English celebrated this era in their own style during the 16th & 17 centuries. This era in English history is often called the age of Shakespeare 0r Elizabethan era, the first period in English history to be named after a reigning monarch.

Renaissance festivals and faires were the brainchild of Americans, however. The public is invited to attend in costume and enjoy an historic period, being entertained with music, plays, chivalry, battles on horse, foods, ale, arts and crafts. Most Renaissance fairs are set during the reign of Queen Elizabeth I of England or the reign of Henry VIII, though there is cross-over and they often can encompass Vikings, 18th Century pirates, and a variety of eras that enhance the event with costumes and play. When you enter an English village at such a festival there are usually stages or performance areas set up for scheduled shows, dancers, magicians, musicians, jugglers, and singers. Lanes lined with stalls sell medieval and Renaissance themed items and art.

Games include basic skills events such as archery or axe-throwing and a joust as a main attraction. Most fairs have an end-of-the-day ritual, a parade or concert where all employees gather and bid farewell to the patrons.