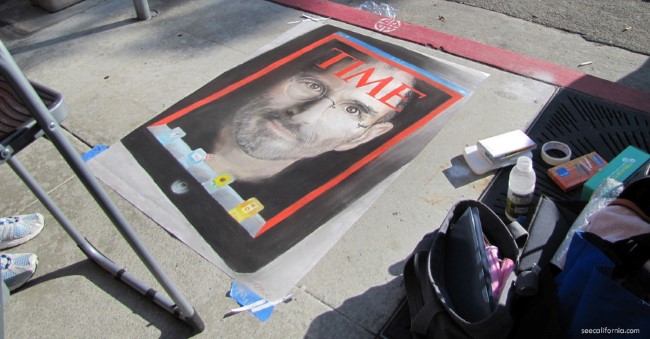 Around 70 artists signed up for the annual Belmont Shore Sidewalk Chalk Art Contest last weekend, and thousands of spectators wandered and watched seasoned and emerging visual artists compete in the 8th annual event using chalk as their medium, and the sidewalks of Belmont Shore as their canvas.

Moe Notsu, Long Beach, won Best in Show with a chalk art image of a Time magazine cover featuring Steve Jobs, recently deceased founder of Apple. Contestants who came mostly from Southern California to the Long Beach community of Belmont Shore were assigned to work from photos of their choice.

The event was sponsored by Justin Rudd's non-profit C.A.T. (Community Action Team). For information on next year's contest, look for details on justinrudd.com. Other events posted include the biggest dog costume parade in the world upcoming this Saturday, and the annual Turkey Trot at Thanksgiving. Below are several images from the 2011 Chalk Art event. 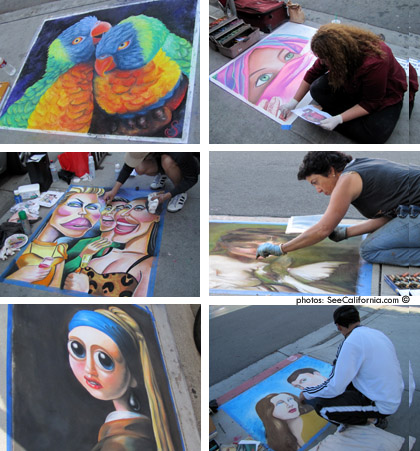