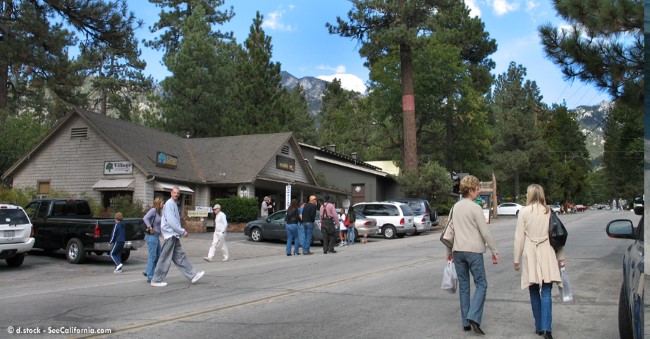 If the Elvis movie filmed in Idyllwild, Calif. had been called, "Viva, Idyllwild!" instead of Kid Galahad, maybe Elvis would have put this mountain town on the map. He was featured in the movie, "Viva, Las Vegas" and everyone remembers that.

Who needs the desert when you can have the mountains? Idyllwild in San Jacinto mountains sits above the popular Coachella Valley on the edge of the Sonoran Desert where most know about and have likely visited Palm Desert and Palm Springs. Idyllwild, however, is slightly off the beaten path in Riverside County, and many have never heard of, much less visited this mountain resort.

Kind of tucked away with access to the mountain town available through Hemet, the tourist destination sits at over 5,000 feet elevation, where it gets some snow in the winter, and has that distinct mountain look and feel with its towering pine trees. There's a movie theater, an approx. one to two block shopping area with a couple restaurants, markets and gas stations, and scattered among mountain roads are approx. 18 Bed & Breakfast inns.

Hollywood's elite used to know about Idyllwild and frequent it. The popular Elvis movie, Kid Galahad, was filmed in Idyllwild before its 1962 release. You can visit the Idyllwild Area Historical Museum to see movie posters and memorabilia from Presley's Kid Galahad movie. The museum is open weekends throughout the year and is located at 54470 North Circle Dr. (idyllwildhistory.org)

Other filming in and around Idyllwild has included many great Western flicks, and today, the up & coming stars learn their trade at the prestigious Idyllwild Arts Academy. Attendees of the school have include Scarlett Johansson and Julia Roberts. Read more...>