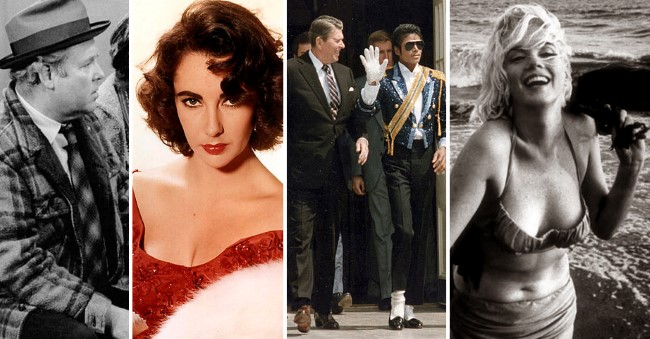 
The stars of entertainment have their day in the spotlight. When famous people such as actors and musicians die, it seems like a part of us dies with them, especially when they leave” too early. The list of those who shined, and then were gone too soon is long and includes names like John Lennon, Michael Jackson, Jimi Hendrix, James Dean, Marilyn Monroe, Anna Nicole Smith, Hank Williams, Natalie Wood, John Candy, Whitney Houston, Janis Joplin, Mama Cass Elliott, Karen Carpenter, Bob Crane, Brynn Hartman, Kurt Cobain, Jim Morrison, Buddy Holly, John Ritter and Christopher Lee.  The public honors well known entertainers they may never have met by visiting their grave sites after they have passed. Two of the best places for seeing stars” in spirit are located in Los Angeles area, as you might guess.

Forest Lawn contains the Forest Lawn Museum in Glendale that features rotating art exhibits.  There are  six Forest Lawn cemeteries and three non-sectarian chapels. Over 60,000 people have been married there, including Ronald Reagan and Jane Wyman, while more than 250,000 people are buried at Forest Lawn. The tourist attraction welcomes over one million visitors annually. Its theme park” approach to death includes replicas of great attractions around the globe, replicas of great art, and even hosts hundreds of field trips for schools annually!  The Great Mausoleum accessible to the public includes the Court of Honor where individuals are inducted as Immortals” by Forest Lawn's Council of Regents. Many of the celebrities are buried at Forest Lawn Hollywood Hills, though Walt Disney's grave is located in Glendale.