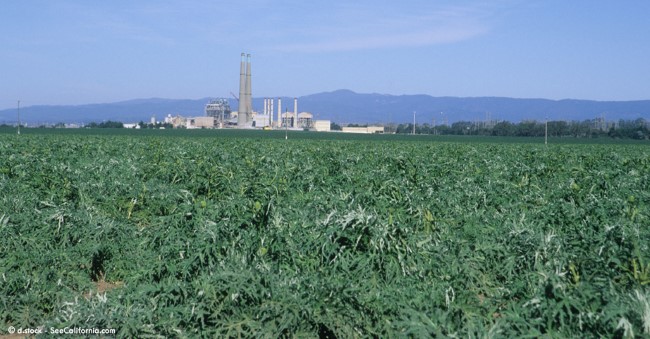 Locals work hard and are mostly farm hands and field workers. Artichokes are the lifeblood to many who live in Castroville. It's a small city with a lot of Hispanic shopping, signage and influence. Several downtown buildings have colorful murals worth checking out and just outside of downtown on the country roads you'll find the artichoke fields and stands.

Located less than 100 miles from San Francisco and less than three miles from the Pacific Ocean and beaches, the Monterey County city features miles of artichoke crops, and some interesting road stops for tourists to buy artichokes.

The "Artichoke Capital of the World" celebrates harvests of the crop with an Artichoke Festival in May.

Around 75% of the California's total acreage of artichoke crops lies within Monterey County, and California, itself, raises 100% of all artichokes grown in the U.S.

Castroville was founded in 1863 and is the second oldest city in Monterey County. Sugar, hay, beets, grain and dairy farming once were the mainstay crops of the region and artichokes began appearing in fields around 1920. Pezzinni Farms is one of several growers selling artichokes and artichoke items to the public at the roadside stands and stores in Castroville.