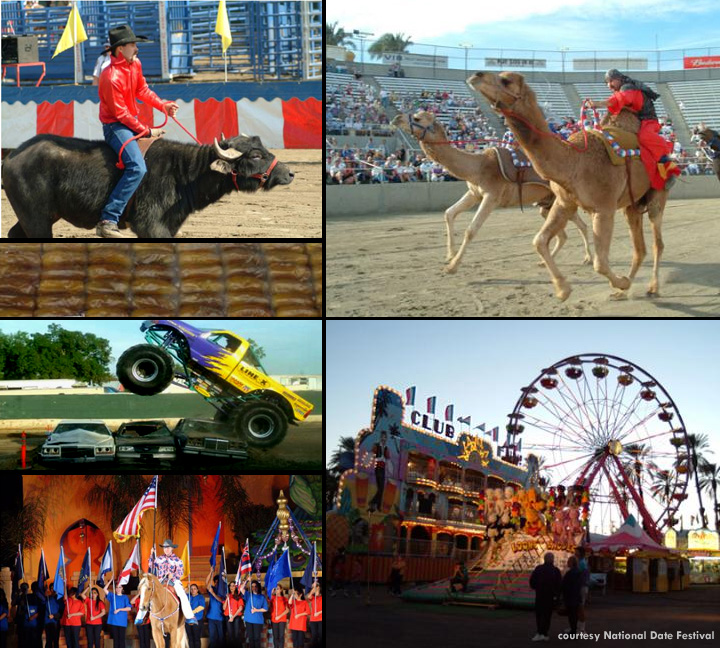 Indio is a desert city in Riverside County California. Its best known asset that attracts tourists are its dates that grow there. An annual Indio Date Festival and Riverside County Fair are held each year in Indio during February, launching the fair season in California. The annual event includes camel races and Queen Sheherazade.

Located in the Coachella Valley, the region offers many events and things to do throughout the year. Among them are Coachella Festival 2011 and USA WorldCup Pentathlon. The eight cities of the Palm Springs area offer something for everyone and every budget, with hundreds of fabulous hotels, resorts, golf resorts, vacation rentals, and timeshares to choose from.

The same group that produces the Coachella Music Festival follows up with another festival called Stagecoach Festival, a 2-day event at the Polo Club, as well. This festival is usually held after the rock festival and includes the best in Country Western music. The concerts are held usually in late April/ early May. Temperatures around that time are normally low 90's during the day and 60-70s at night. stagecoachfestival.com

The beautiful desert communities of Rancho Mirage and Palm Springs, will be host for the Modern Pentathlon World Cup in February, 2011.