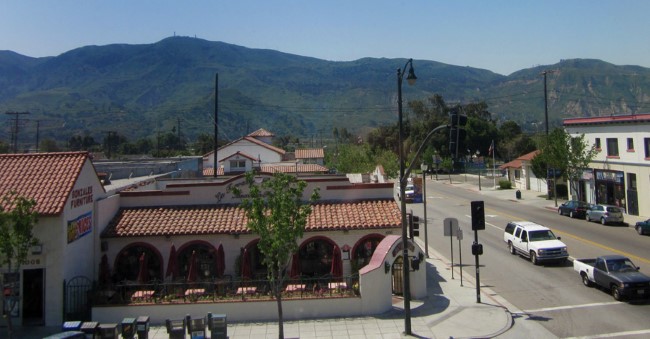 Santa Paula loves special events that allow locals and visitors to sample a taste of the good life. These events include the "First Sunday" events at the Santa Paula Airport throughout the year, the Mexican-American Chamber of Commerce Carnival and DeColores Art Festival in April, "Cruise Nights" on Main Street each first Friday night on Main Street April - October featuring pre-1975 classic cars, the Citrus Festival each July, the Heritage Valley Festival each September, "Ghost Walks" reliving spooky parts of Santa Paula's past each October weekend, the Children's Halloween Parade down Main Street, the Santa Paula Christmas Parade the Saturday after Thanksgiving and Christmas events every Thursday evening on Main Street between Thanksgiving and Christmas.

The City of Santa Paula, California is located 65 miles northwest of Los Angeles and 14 miles east of Ventura and the coastline of the Pacific Ocean. Santa Paula is the geographical center of Ventura County, situated in the rich agricultural Santa Clara River Valley. The City is surrounded by rolling hills and rugged mountain peaks in addition to orange, lemon and avocado groves. In fact, Santa Paula is referred to as the "Citrus Capital of the World."

The original community that has become known as Santa Paula was established by the Chumash Indians as the villages of Mupu and Srswa. The land was later given away as part of a Spanish land grant to Rancho Santa Paula and Saticoy in 1840. In the 1860's, the area was subdivided into small farms. In 1880, oil was discovered in Santa Paula leading to the formation of the Union Oil Company in 1890. The City of Santa Paula was incorporated on April 22, 1902. In the early 1900's Santa Paula was considered the pre Hollywood film capital, the Queen of the Silver Screen. Even today, Santa Paula is noted for its movie personalities (silent and sound) who resided in and adjacent to the city and a TV or movie crew is not an unusual sight in the community. The City is a major distribution point for citrus fruits in the United States and is also noted for avocado producing and processing. The community has a quaint, small town image, ideal climate and reasonable priced housing, which is why Santa Paulans refer to their community as "Hometown USA". Santa Paula maintains its own identity and is in close proximity to the many tourist, recreational, and cultural activities that abound in Southern California.

Public transit services within the City of Santa Paula are provided by the Ventura County Transportation Commission.