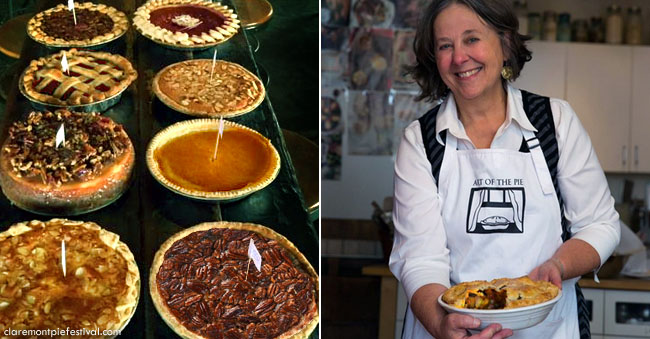 Among the thousands of festivals and fairs in California, one of the most popular old-fashioned competitions is pie-eating contest. People love pie and the most popular type is apple pie. On January 23, National Pie Day, restaurants like to tout their pie specials. One of the California's most famous such food chains known for its pie is Marie Callender's.

Pie is not a new invention but it remains popular thousands of years after first recorded evidence of its existence was documented on a tablet in Sumer where a recipe for chicken pie was written. Pie was also documented on the tomb walls of the Pharaoh Ramesses II (ruled from 1304 to 1237 BC,) located in the Valley of the Kings.

CALIFORNIA: Apple Festivals are especially popular in the fall during apple harvest

BISHOP: Pie in the Sky Cafe at the Rock Creek Lake Resort rockcreeklakesresort.com/

JULIAN: Restaurants known for Apple Pie and an annual celebration in the fall