California Beaches Could See Debris in 2012 From Japan Tsunami 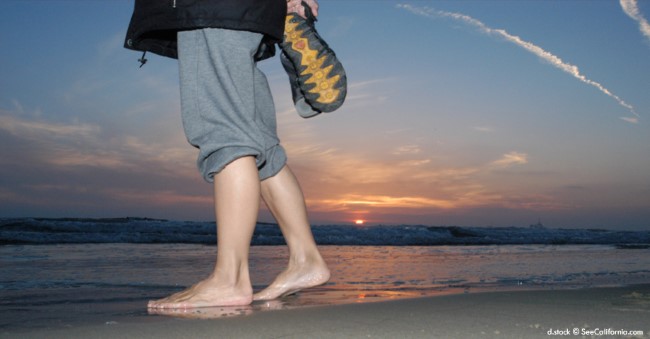 As you wander a California beach barefoot at sunset, shoes in hand, your feet are kissed by the cool, lapping waters and seafoam that gently washes to shore. We love our beaches and have written about the sand that makes California so special, about looking for seashells along the shoreline, and about water quality alerts after rain storms.

You never know just what you’ll find washing ashore at the beach. Sometimes it’s an unexpected treasure, but usually it’s trash. California volunteers spend millions of man hours each year collecting tons of trash that wash to shore. 2012 may see more debris than usual, and you may need to brace yourself for the unexpected as debris from Japan’s March 2011 tsunami arrives in California. Large buoys used by oyster farmers in Japan before the massive quake & tsunami have begun arriving on the shores of Washington state this week, and the Japanese government has issued a release that Japan wants its debris back, some of it, at least.

When the Japanese debris flows southwest with the current and arrives in California, you may see some unusual stuff and are advised to not be alarmed. Californians and visitors will cope with it, and help out. They become incredible stewards when a baby seal seems ill or whale is beached. When you see unusual stuff washing ashore, notify lifeguards if any guards are around. If not, you’re on your own to determine how to handle the Japanese debris situation. Objects should be handled with caution. Here’s why: