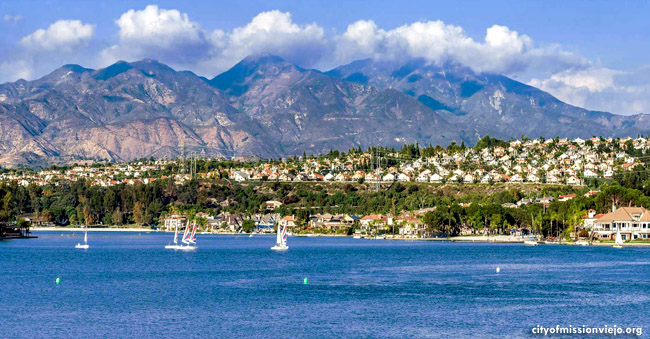 Mission Viejo is located in Orange County, Calif. Primarily serving as a residential city, it is intersected by I-5 Freeway. The surrounding streets to the freeway include shopping, dining, and entertainment.

Mission Viejo would indicate a relationship to California's missions and indeed, the city's history does provide tantalizing clues as to how it may have received its name.

Mission Viejo was part of the 52, 000-acre Rancho Mission Viejo. In1769 Spaniard Gaspar de Portola led an expedition from Mexico and claimed the land for Spain. Seven years later, the ranch witnessed the first attempt to found Mission San Juan Capistrano. Although lack of water forced the friars to relocate and the whereabouts of this old mission remain a mystery, the name Mission Viejo bears testimony to this structure's sojourn in San Juan Canyon more than two hundred years ago.

In 1821 when ties with Spain were broken, English trader John Forster married the Mexican governor's sister and acquired the three ranchos historically known as El Trabuco, Mission Viejo, and Los Potreros. His estate was in shambles, and his sons were forced to sell in 1907 when Irish cattleman Richard O'Neill acquired an undivided interest in Rancho El Trabuco and Rancho Mission Viejo. His grandchildren, Richard O'Neill and Alice O'Neill Avery, decided to sell 10, 000 acres to Donald Bren, Philip J. Reilly, and James Toepfer, who formed Mission Viejo Company circa 1963. In 1965, a master plan for Mission Viejo was approved. In 1966 residents moved into the new neighborhoods near the intersection of La Paz Road and Chrisanta Drive.

The Shops at Mission Viejo includes Disney's New Magical Store designed as a one-of-a kind interactive destination for Disney fans of all ages. Operated by Simon, the mall includes favorites such as this list of shops. Please note that the stores and names change often so you should check with the mall directory before going (simon.com)

Saddleback Community College is one of the largest community colleges in south Orange County.

Kaleidoscope Courtyards includes a movie theater and game attraction. It is visible from the 1-5 Freeway and is located at I-5 and Crown Valley Parkway, Mission Viejo, CA