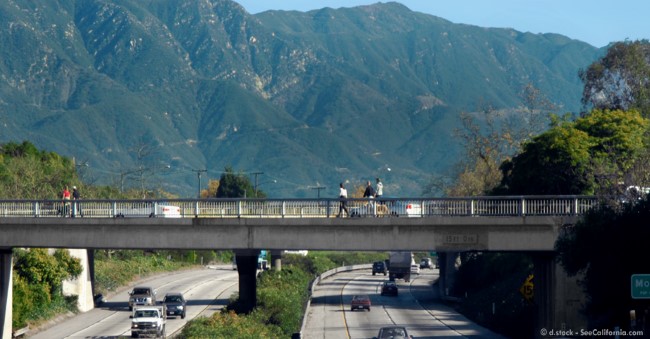 Located in Santa Barbara County between Summerland and Santa Barbara, Montecito is a community where Oprah Winfrey built a $40 million mansion. From the I-101 Freeway that passes directly through the town between the Pacific Ocean and the mountains, you can see only flashes and glimpses of Montecito, such as a small shopping center with a grocery store and Starbucks.

If you find a condo under $1 million (even in a down economy) then you are doing great. Prices are generally over $1 million for modest accommodations, and the finer homes and estates can be yours for $2 million and up. On a recent look, we saw homes quite a few homes with $15 million asking prices, and even some costing $25 million. Who can afford these prices, and for 2nd homes, at that?

Montecito includes many luxury mansions and elegant homes, and has a beautiful polo club. Most of Montecito is in accessible to the public as wealthy homes are gated and shrouded in shrubbery and foliage to obscure public prying eyes.

The little village of no more than one block contains a hotel, Montecito Inn, where Charlie Chaplin stayed. The hotel used to feature his movies you could check out of the library during your stay.

For a luxurious ranch stay, live the good life at Montecito Ranch where privacy and luxury are available to the rest of us for a mere $500 per night (and up).

Framed by the Santa Ynez Mountains, some of the homes are located on the lower foothills of the range, much like neighboring Santa Barbara. Those rugged hills are not without their beauty and perils. A fire in 2008 burned brush that annually grows throughout the region, and also burned 80 houses and estates in Montecito (and 130 more homes in Santa Barbara, too.)

The mountains gently flow to the sea, where you'll find some of the homes, estates and even a hotel have ocean views along Butterfly Beach. The Biltmore is a favorite for the five diamond crowd wanting to receive special attention with their Aston Martins.