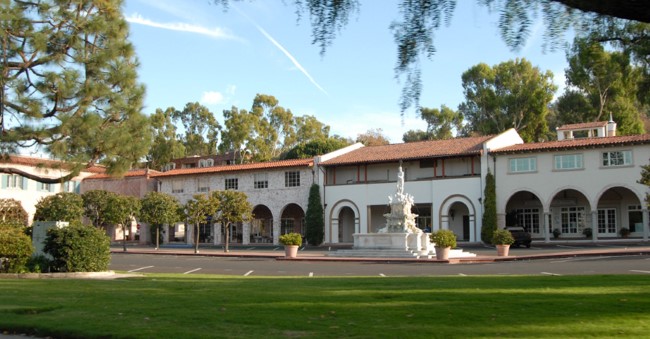 Palos Verdes Estates (PVE) is located on the Palos Verdes Peninsula in Los Angeles County. North of San Pedro and south of Redondo Beach, the city is known for its lovely plaza shopping centers, breathtaking scenery, ocean vistas from its plateau, and what some consider a luxury lifestyle, because of its beauty so close to other cities that don't enjoy quite so much open space per capita.

If the names sound confusing and similar, it is often difficult to distinguish one from the next, just by looks, as well. In fact, the four cities share Palos Verdes Peninsula Unified School District and the Palos Verdes Library District with a main branch and two smaller branches providing service to residents. The cooperative approach to providing education and services adds to the sense that the peninsula is one place, not divided by cities.

Locals think of their portion of the peninsula as the jewel by the sea--and few disagree. As the first city on the peninsula to incorporate in 1939, the semi-rural community with 856 acres of designated parkland assured its future and ability to control growth by performing the act of city formation. Two entities are credited with keeping the jewel--City Council and the Palos Verdes Homes Association. Palos Verdes Estates residents love the small-town atmosphere and want to keep it intact. Primarily a residential community, Palos Verdes Estates also includes two small business areas, Malaga Cove Plaza and Lunada Bay Plaza, which offer services, shopping and dining. You'll find banks, a post office, and all the amenities you need, while surrounding cities also provide additional dining & shopping.

The history of the city involves an investor whose name you will hear often in this region. New York financier Frank A. Vanderlip, Sr. purchased the land from the Bixby family in 1913 with the idea of building a planned, residential community. The new community was designed with landscaping created by the sons of the man who designed Central Park in New York City, Frederick Law Olmsted, Sr. 28% of the land was dedicated to be permanent open space, and the Olmsted Brothers effectively made use of that property by creating gently winding roadways, green hillsides, paths, stands of eucalyptus, pepper, and coral trees. Its unique rural character and reputation for scenic beauty stem from the original directive to create and maintain open space--the parkland and grass lawns are immaculate!

Peacocks are long time residents to Palos Verdes Estates. You can read about them in book The Peacocks of Palos Verdes, written by a local author.

Spanish style homes in Palos Verdes Estates began in the early 1920's but not without deed restrictions making residents responsible for tax liabilities on all parkland. In 1939 residents voted for City incorporation to protect their open space which had become subject to a land grab from the City of L.A. as payment for potential debt. In 1940, the parklands were deeded by the Homes Association to the new City. Preservation, protection and enhancement of natural assets make Palos Verdes Estates unique.