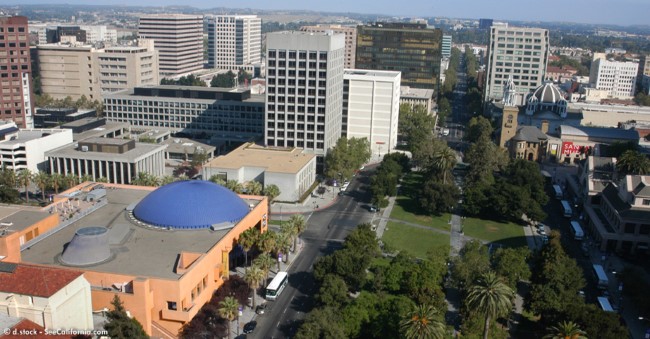 San Jose is the 10th largest city in the U.S. (and 3rd biggest city in California) attracting professionals in the high tech industries. While one of the most compelling reasons to visit San Jose comes in the form of work-related business or attendance at a convention, San Jose provides a great vacation, as well.

In just a day or weekend you can get moving and never stop as you go from museum to museum, visit the downtown highlights, and shop at places such as Santana Row. Designed in the vein of Las Ramblas in Barcelona, the mixed residential commercial spaces feature street level shopping & dining along plazas that include some outdoor patio, a public courtyard where concerts and events are held on a greenbelt, and condominiums in second and third floor residences. For those living in San Jose, they appreciate the fact that it has ranked consistently between 1 and 10 in the top 10 safe cities in the U.S.

For vacations, there are some fun things to see and do, and the beauty of San Jose is that you can fly into the city's San Jose Airport, hop aboard the public transportation, and be downtown walking to everything.

Among some favorites after you check into one of the four diamond hotels is to put on some walking shoes and check out the world's largest Monopoly game board at Riverwalk near the San Jose Convention Center. The game pieces and game have to be reserved but as a tourist if you are lucky enough to wander by and watch, it's tons of fun to see. Another giant game board where you actually can participate is the chess board at Santana Row.

Virtually across the street from Santana Row is the odd and fascinating Winchester Mystery House. Skeptics are welcomed there and should not be surprised if something odd occurs. Winchester Mystery House is a unique house of over 20,000 square feet that includes stairways and closets to nowhere, many strange design features and items built with 13 components. The Winchester rifle heiress, Sarah Winchester, designed the house based on information provided by the spirits of those killed by the famous guns her husband manufactured. Sarah never worked from a set of plans, guests are told. Winchester Mystery House promises to provide an entertaining experience, including the flashlight tours that take you through the place in the dark.

Next door in historic hotel, the St. Claire, you will find an Italian chain restaurant, Il Fornaio. One hotel that seems elegant, yet warm and inviting is The Fairmont San Jose Located across a plaza from the convention center, it features a movie theater, restaurants and shops all within a block of its doors.

Across the street from the Convention Center is the Tech Museum of Innovation in San Jose, a hands-on technology museum devoted to inspiring the innovator in everyone. Open daily, it features special and permanent exhibits (most are hands on and participatory), a wonderful gift shop and the Imax Theatre where films come to life though a special screen, advanced sound system and inclined cushioned seats. thetech.org

Blocks away from conventions is an establishment of higher learning--San Jose State University, the oldest higher education institution on the West Coast.

Weather:
300 sunny days per year with an average annual temperature of 70 degrees

Getting around San Jose: An extensive freeway and expressway system provides drive-able trips for those with cars. A local train service, taxis, buses, and shuttles offer options for going to a variety of destinations in and out of the city.

Third Most Fun City in America by Cranium Inc.
America's Most Livable City Award by Partners for Livable Communities
Fifth Best Place to Live in America by Money Magazine
Safest Big City in America (population 500,000+) for 3 consecutive years
"The Epicenter of Silicon Valley" by Zagat.com

Things to see and do: