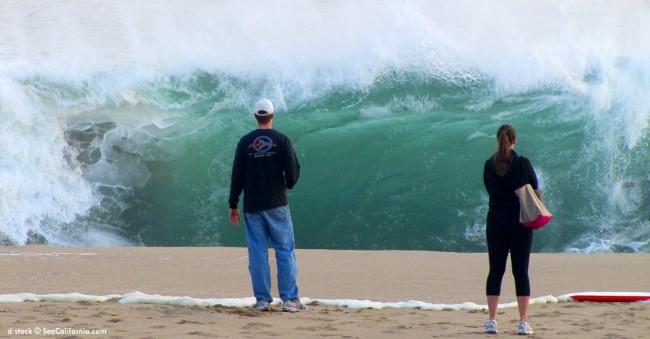 Newport Beach Beaches: There's something incredibly indescribable about Newport Beach. It's coast line is diverse, which makes each bend in the road another interesting twist to your visit.

If you had to separate the beach experiences, you'd do it like this:

Newport Beach Peninsula - features the flat, sandy expanses punctuated by jetties. The jetties are credited with creating the one-of-a-kind Wedge.

Corona del Mar - could easily be its own city and it nearly was. However, it is part of Newport Beach, though many don't realize that. The beaches here are at the base of cliffs, in general.

Crystal Cove & Newport Coast - The steeper cliffs of Corona del Mar aren't quite as steep in this region. The beaches here are operated by California State Parks and include the popular, historic beach cottages you can rent. This portion of coastline border Laguna Beach.